Transcripts of episodes of Spirit Box Radio. Episode transcripts should go live simultaneously with the launch of new episodes (which happens every Thursday at 15:00 PM UK time) unless we’re experiencing techinical difficulties, in which case transcripts will be available within 24 hours of new episodes launching.

There may be a delay between transcripts going live and this masterlist being updated. If you want to read a transcript for an episode that has released, but it hasn’t appeared here yet, you can find transcripts: in the episode show notes; on twitter and tumblr posts about the new episodes; or by typing in the website URL and then /sbr-[season]-[episode number]-[episode title], with a dash between each word in the title, eg. hangingslothstudios.com/sbr-1-5-long-time-no-see.

Found an issue with any of our SBR transcripts? No problem! You can report it here!

Catch up on Episodes 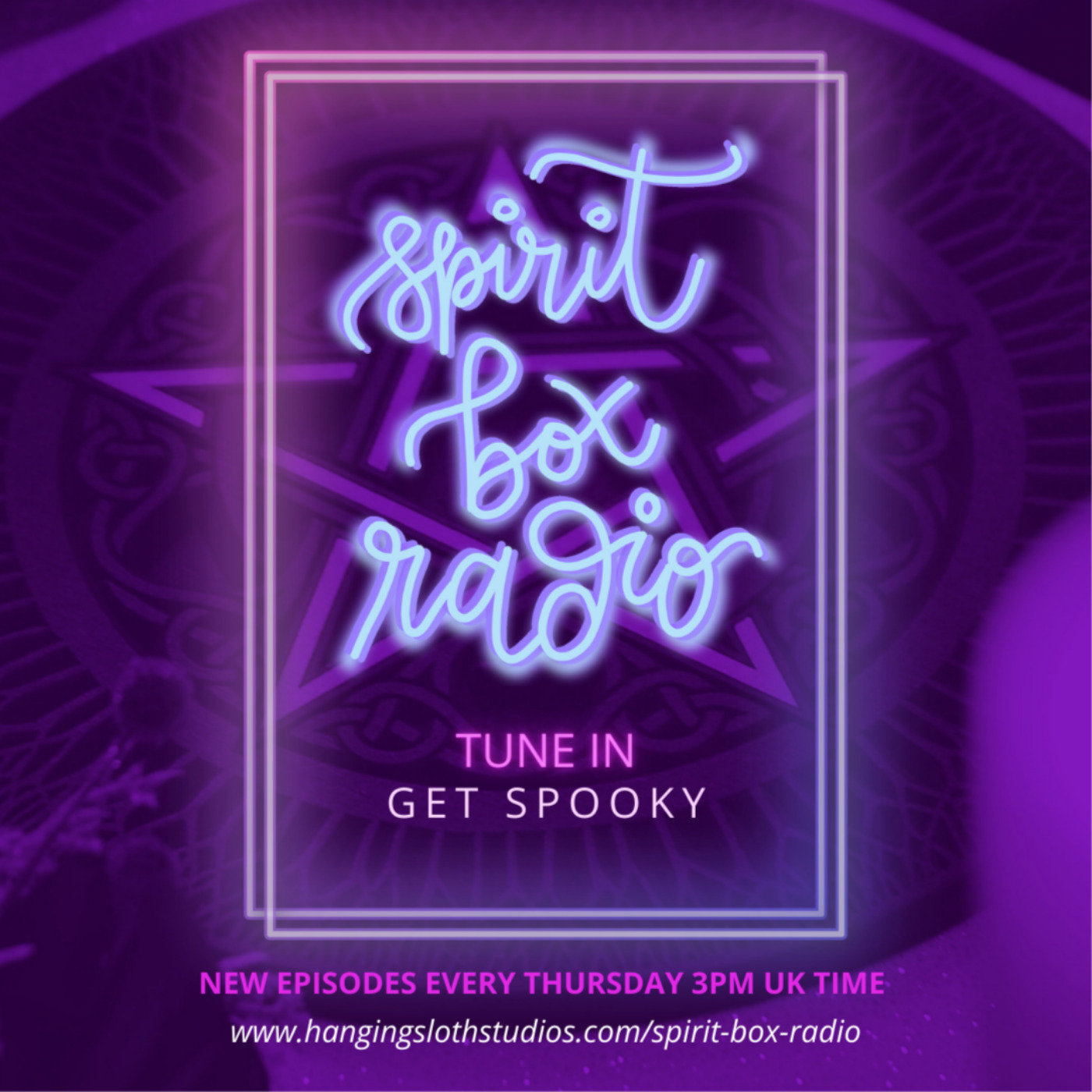 Sam is back and he’s got company; the Florist says more than he intends to.Transcript: https://hangingslothstudios.com/sbr-2-21-eager/ Password: oopsSupport us on patreon: https://www.patreon.com/hangingslothstudiosSupport us on Ko-Fi: https://ko-fi.com/hangingslothsHang out on discord: https://discord.gg/FfqkjjKx7BOfficial Hanging Sloths twitter: https://twitter.com/hangingslothsOfficial show twitter: https://twitter.com/SpiritBoxRadioShop the full SBR Merch range at TeePublic: https://www.teepublic.com/user/hanging-sloth-studiosLimited Merch on RedBubble: https://www.redbubble.com/people/HangingSloths/shopContent Warnings:Background sounds and musicStereo audio (audio will sound different in right and left speakers/headphones)Mentions of nightmaresFlirting with innuendosDiscussions of serious injury and deathBrief descriptiono of being burned by sulphuric acidSounds of distress (gasps of alarm; tearful voices; crying)Self-deprecationNegative self-talkDiscussion of loss and grief of a partnerYawningMentions of WW1: details of trenches, mentions of gunfire and getting shot, barbed wire, death by war (no sound effects)Description of the experience of being shotDescription of explicit, hands-on violence and murderThis episode starring: Will Cummings as Oliver, and Pippin Eira Major as Sam EnfieldFull cast list: https://hangingslothstudios.com/spirit-box-radio/sbr-cast/ Get episodes one day early with Patreon! See acast.com/privacy for privacy and opt-out information.